What if we could translate other species’ languages to co-create our future world?

How Natalie Jeremijenko's Mussel Choir helps us tune into the beauty of our waterfront and the health of our ecosystems. Beyond mere delectable morsels, mussels are powerful little water filtration systems, sieving water in their hunt for food. As they filter, their tissue absorbs chemicals and pathogens—including herbicides, pharmaceuticals and flame retardants. Impressively, one mussel can filter as much as 2 gallons (6-9 litres) of water in an hour.

Mussel Choir—like much of Jeremijenko’s work—is an art piece that lives outside of traditional gallery walls. The surrealist work turns a colony of mollusks into a choral society by creating thirty enormous concrete blocks into bivalve condominiums. The shell of each mussel is outfitted with Hall effect sensors that assign each of their movements a different musical note as they filter varying levels of pollutants in the surrounding waters. In translating the crustacean’s filtering behavior into music, Jeremijenko playfully asks us to tune into our environment and tap into its hidden intelligence. First shown at the Venice Architecture Biennale in 2012, the project was later installed on the Melbourne Docklands and the New York City shoreline. 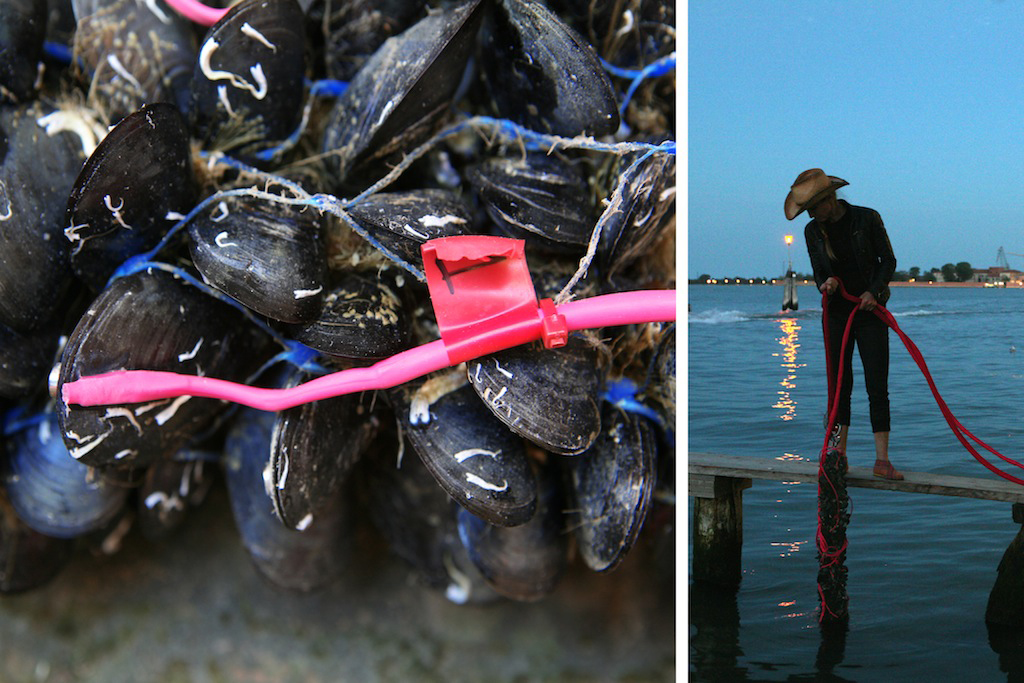 Jeremijenko working on Mussel Choir | Photo courtesy of The Living

Beyond its inherent playfulness, Mussel Choir unlocks our sensory experience and connects us to our natural surroundings in new ways. In so doing, it invites us to feel more aware, connected and engaged with the ecosystem upon which our health depends. The mussel’s siren song heightens our awareness of the natural world’s acumen and adaptability, and can invite us to re-think how we might partner with nature in composing a vibrant environmental future. 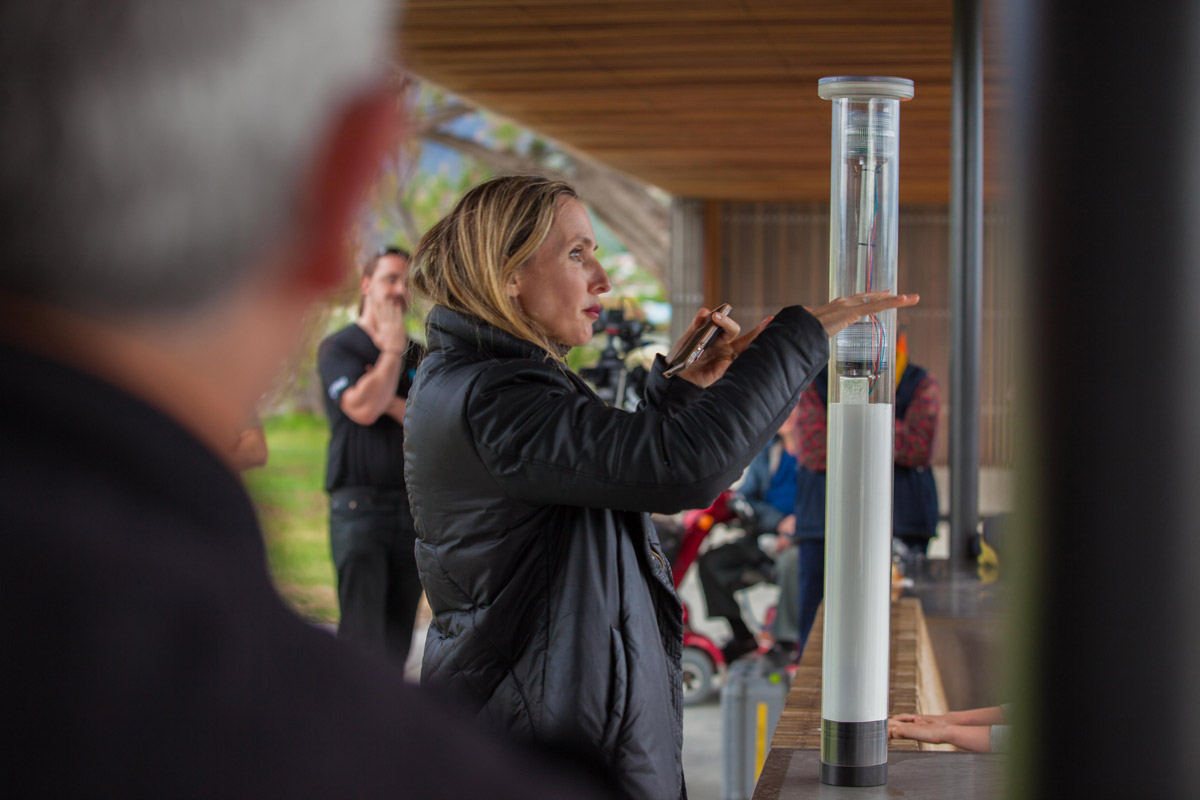 Jeremikenko’s explorations can open up new possibilities in our coastal urban architecture. Take, for instance, Oyster-tecture, Scape Studio’s vision to install an active oyster reef on the New York City shoreline in order to installing an active clean millions of gallons of harbor water and help attenuate storm surge in the face of rising sea levels. Similarly, Living Breakwaters, currently being implemented on New York’s Staten Island, links oyster infrastructure with environmental education and community outreach. Imagine how Jeremijenko’s playful and thoughtful approach might be applied to these initiatives to help local residents more viscerally connect with their shoreline and co-create with nature to solve the issues at hand… Equal parts intelligent, eccentric and determined, Natalie Jeremijenko came to art via a fascinatingly circuitous route through degrees in physics, neuroscience, electrical engineering and computer science. A self-described artist, designer, technologist, and inventor, Jeremijenko’s work strives to create an ‘eco-mindshift’ by reimagining environmentalism as a kind of open-ended game. By addressing fundamental questions of how we relate to the natural world with fanciful prototypes for flourishing systems, her work—which has appeared in the MoMA, two Whitney Biennials, the Guggenheim, and the V&A in London—fosters a more engaged and imaginative relationship with the natural world. Jeremijenko is an Associate Professor in the Visual Art Department at New York University, where she directs the Environmental Health Clinic.

The Artist Who Talks to the Fishes | New York Times
The Art of the Eco-Mindshift | TEDx talk
The Most Influential Women in Technology | FastCompany
Prescriptions for Health, the Environmental Kind | New York Times